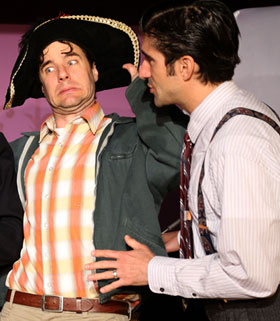 A hilarious do or die comedy! It’s one year since George quit betting on the ponies. It cost half his wife’s inheritance and nearly their marriage. They make a fresh start by buying a new business—Heaven’s Door Funeral Home. Their first event is the high-profile funeral of a Senator’s mother and pressure’s on to pull it off. But it starts to unravel when George faces bad news from his doctor, threats from his shady silent partners, a money-laundering scam, suspicions from the Senator, his wacky staff of Pomeranian Triplets who pop up all over and a surprise visit from his former bookie, Rodney.

Scroll back to top